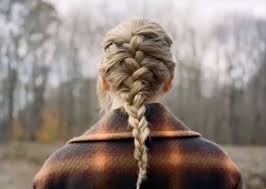 Through a career that has spanned well over a decade, Taylor Swift never fails to surprise her fans. This morning, Swift announced the release of her 9th studio album, entitled evermore, for midnight on December 10th, 2020. This marks Swift’s second album of the year and her second surprise release. In an Instagram post the 30-year-old songstress shared that evermore would serve as a “sister album” to folklore, as she found herself compelled to release more of the dozens of songs she wrote while quarantined during the current pandemic.

“In the past I’ve always treated albums as one-off eras and moved onto planning the next one after an album was released. There was something different about folklore. In making it, I felt less like I was departing and more like I was returning…so I just kept writing,” she expressed.

Just like her 8th studio album, Swift will be joined by Aaron Dessner, Jack Antonoff, William Bowery (which has since been revealed as the pseudonym for Swift’s boyfriend, actor Joe Alwyn), and Justin Vernon of Bon Iver on evermore. She also alluded to other musical guests on the album, citing that some “new (and longtime) friends” could be expected to join her “musical kitchen table.” After the release of the set list, fans found out that the new features would be bands Haim and The National.

Even prior to this announcement, 2020 has already been a whirlwind year for Swift. folklore gained huge success worldwide and was the longest running No. 1 album of the year, staying at the top of the Billboard 200 for eight consecutive weeks. The album was also lauded at the best of 2020 by the Los Angeles Times earlier this month.

evermore will be unlike any other of Swift’s albums, in that it is a continuation of the indie-folk style and storytelling themes from folklore. From her debut self-titled album in 2006, Swift has experimented with all kinds of genres, from country to pop to folk. Never lost, however, is her lyrical brilliance and ability to convey emotion through her music. evermore is an unconventional move  and surprising even for the oldest of fans, but if anybody can pull off two Number 1 albums in a single year and end 2020 on a high note, it’s Taylor Swift.

One Week of “evermore”

On December 10th of the year 2020, the world was changed forever. Taylor Swift announced her 9th studio album. Evermore the standard edition was released December 11th with a track list of 15 songs, each one a masterpiece. After 7 days of exclusively listening to evermore, I can confidently say that this album is the best thing to come out of the chaotic year that was 2020.

evermore has become incredibly successful in regards to music charting. It was ranked number 1 on Billboards 200 Albums chart, making this her 8th number one album. This feat also makes Swift the first and only female artist to debut two #1 albums on Billboard 200 in under a year, with the other album being folklore. The lead single called Willow debuted at #1 on US Spotify Weekly and #3 on Global Spotify Weekly Chart. The song also reached #1 on the US Apple Music songs chart. These albums have brought multiple awards for the singer/songwriter, including Songwriter of the Year by Apple Music, and Artist of the Year by the American Music Awards.

evermore is the sister album to folklore. Both albums were written in the midst of the coronavirus pandemic.“It feels like we were standing on the edge of the folklorian woods and had a choice: to turn and go back or to travel further into the forest of this music,” Swift wrote in a statement. “We chose to wander deeper in.”

Evermore differs from the rest of Swift’s albums because it does not tell her personal stories; instead, the songs include stories from different characters with different points of view. On Instagram, Swift stated “I loved the escapism I found in these imaginary/not imaginary tales. I loved the ways you welcomed the dreamscapes and tragedies and epic tales of love lost and found into your lives. So I just kept writing them.” Swift introduced this form of storytelling on folklore, where she wrote about a fictional teenage love triangle in the songs cardigan, betty, and, august.

Swift tweeted that a series of songs on the album detail “‘the unhappily ever after’ anthology of marriages, [which] include infidelity, ambivalent toleration, and even murder.'” The country-pop-rock song titled No Body No Crime definitely fits that description. The track features HAIM and tells the story of a woman named ‘Este’ who mysteriously disappears, and her friend attempts to avenge her. Swift explained her inspiration as the song came from her infatuation with true crime. “I wrote ‘No Body, No Crime’ by myself. It was inspired by my obsession with true crime podcasts/documentaries and I used one of my best friends’ names as the main character.”